On 11th December 1920, Ein- und Verkaufsgenossenschaft, Schrobenhausen was founded by committed farmers. The purpose of the foundation was the individual and independent marketing of their agricultural products and, in addition, buying and selling of convenience goods including agricultural machinery as well as carrying out the repairs connected with this.
Up to now, Ein- und Verkaufsgenossenschaft remained true to this tradition and understands itself as a modern collective the members of which offer currently and competently offer their services.
On the other hand, the collective is involved in a lively exchange of information and/or has an intense contact with their business customers in order to master its collective task, namely to act as a reliable intermediary between Seller and Buyer. 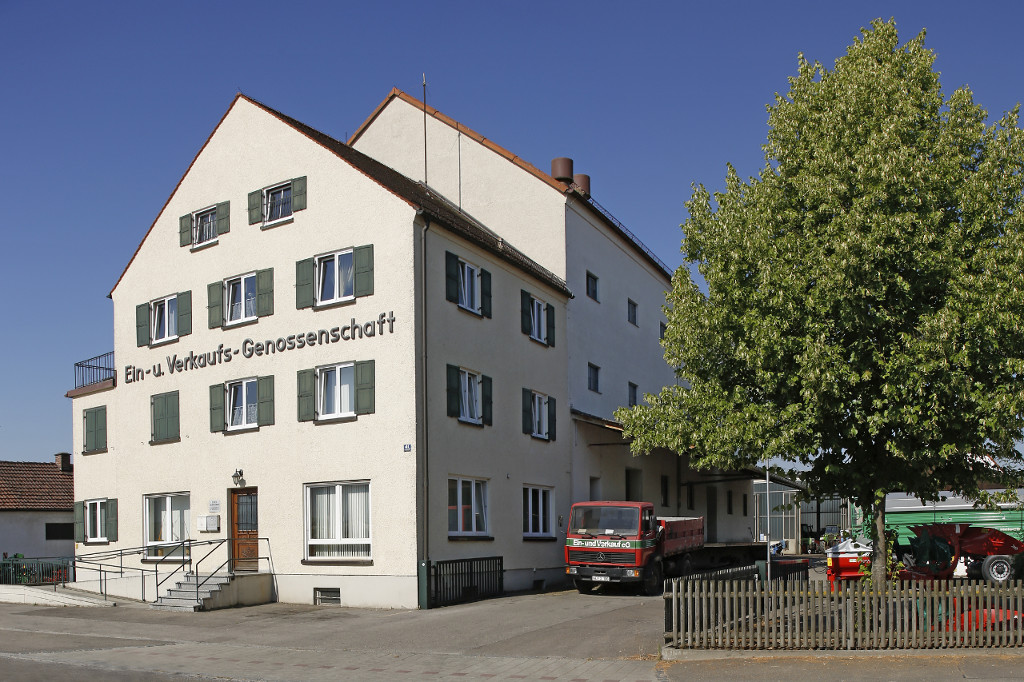